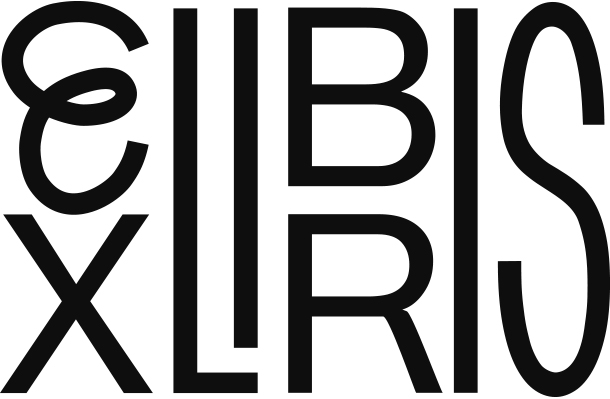 Welcome back! As promised, here is our latest mini-dispatch to keep you going between issues – and just in time for art season! Berlin kicked off the cultural calendar with the city’s Art Week, a program of contemporary art launched in collaboration with major institutions. One of the best shows opened on Friday at Schinkel Pavillon: bringing together the works and worlds of HR Giger and Mire Lee, two artists whose works explore the darkest aisles of the human body and psyche. In an exclusive feature for No News News, photographer Christian Werner and I visited the venue a week before its opening, when the show’s curator Agnes Gryczkowska was still pondering if it needed a “Parental Advisory” notice. We strongly suggest going to see it for yourself – and my interview with Gryczkowska below should get you excited for its twisted visions.

SETTING UP NIGHTMARES WITH AGNES GRYCZKOWSKA

No News News arrive at the Schinkel Pavillon to find its atmosphere at odds with the location: found in Berlin’s tranquil and leafy historic center, the building’s downstairs – the “Klause” – features a huge Alien sculpture sitting next to the framework of a piece still in progress; its guts spilled open to reveal machinery that will, once completed, grind into motion. On the floor above, chains and hoses made from milky plastic snake around the space, alongside a half-assembled curtain made of pinkish, organic-looking silicone. At the Pavillon’s octagonal center stands one of HR Giger’s Harkonnen Environment tables – “one of just a few made,” according to Agnes Gryczkowska.

The curator joined Schinkel Pavillon – which hosts some of Berlin’s finest art exhibitions – in January of 2020. A part-time musician, Gryczkowska is one half of the noise duo NAKED, and she’s always been fascinated by “darker things.” How fitting it is that her first full-on show at Schinkel mixes the work of Swiss artist HR Giger, famed for his biomechanical creatures which defined the aesthetic for Ridley Scott’s Alien franchise, with that of the young South Korean artist Mire Lee – whose visceral sculptures appear as appendages born of machinery and slime. The combination turns the Schinkel Pavillon into a womb-like space featuring the gestating interplays of sex, violence, technology, birth and death.

With a week to go before the opening, it’s evident that the team is consumed with setting up these potent constructions. Even so, Lee and Gryczkowska readily pose for photos – on Giger’s table no less! – before the curator takes the time to speak with No News News. Hunting the pavilion’s terrace for a spot of shade, we sit down on a flight of stairs overlooking the gardens of the neighboring Kronprinzenpalais.

When did you first discover HR Giger?

I think I might have been 14 or 15. I was into darker music, film and literature. I was also obsessed about the surrealists. So it kind of happened organically that I stumbled across Giger. Of course, I had seen Alien as well. But I don’t think I was aware of the connection between Giger and Alien at the very beginning. I remember that at first I was only aware of his airbrush paintings and sculptures. A few years had passed before I found out about his early ink drawings and his remarkable oil paintings.

Two of which you have in the exhibition.

Yes, they are called Hommage à S. Beckett II and III. When I saw them in real life for the first time, I was so impressed. They are incredible works. It is also fantastic that Giger paid homage to Beckett. In a way, one can say that the creatures depicted in Hommage à S. Beckett II and III echo characters imagined by Samuel Beckett – limbless, blind and awaiting an unspecified ‘end.’

Why now – what makes Giger’s “darkly surreal visions and biomechanoid creatures” so relevant in 2021?

I’ve been trying to do a Giger show for a while, but it not easy to do so within public institutions. Schinkel Pavillon is brilliant in that sense as it has always provided a platform for bold and brave shows. The explicit nature of Giger’s work has always been a problem. Some of his works are very intense – mixing sex with violence. It’s quite hard to translate that into a public institutional, family-friendly environment. Even with Alien: The Necronom IV painting that served as an inspiration for the movie is much more phallic than the creature in the film itself. They had to tone it down for the movie.

He knew his Hollywood.

Exactly. But coming back to your question I really do feel there’s something in the air right now. I don’t think it’s Giger per se but there is definitely a revival of fantastical, dark, surrealist tendencies among artists. We have all experienced a lot of trauma, psychological and physical. I notice that this kind of dark aesthetic is moving into the limelight now – especially amongst the younger generations. Giger’s presence is also being felt among the queer communities. It makes sense in a way. When you look at his “Mutants” or “Atomkinder” – they can be seen as bodies that have freed themselves from the shackles of societal expectations.

I guess this is also why you decided to pair him with Mire Lee, whose visceral sculptures clearly coalesce well with Giger’s works.

Yes. It has been amazing to see Mire produce new works that are not only site specific, but also make aesthetic gestures towards Giger’s works. For example the insides of Mire’s new sculpture Endless House features the same color as that of Giger’s Necronom (Alien III) sculpture. Actually, the more I learn about Mire’s thinking processes, experiences and inspirations, the more uncanny links between her and Giger I uncover. Giger’s exploration of fetishes and human desires, all these dark fantasies, can also be seen in Mire’s work.

Considering the explicit nature of some of the works shown: Will there be a sort of “Parental Advisory” notice at the entrance? 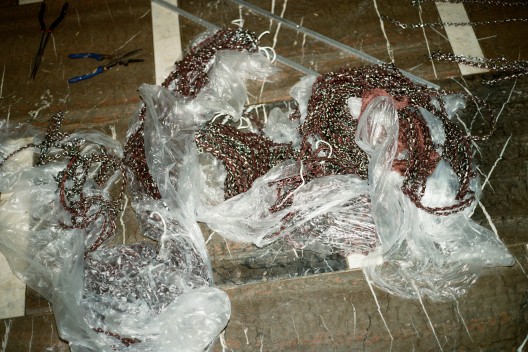